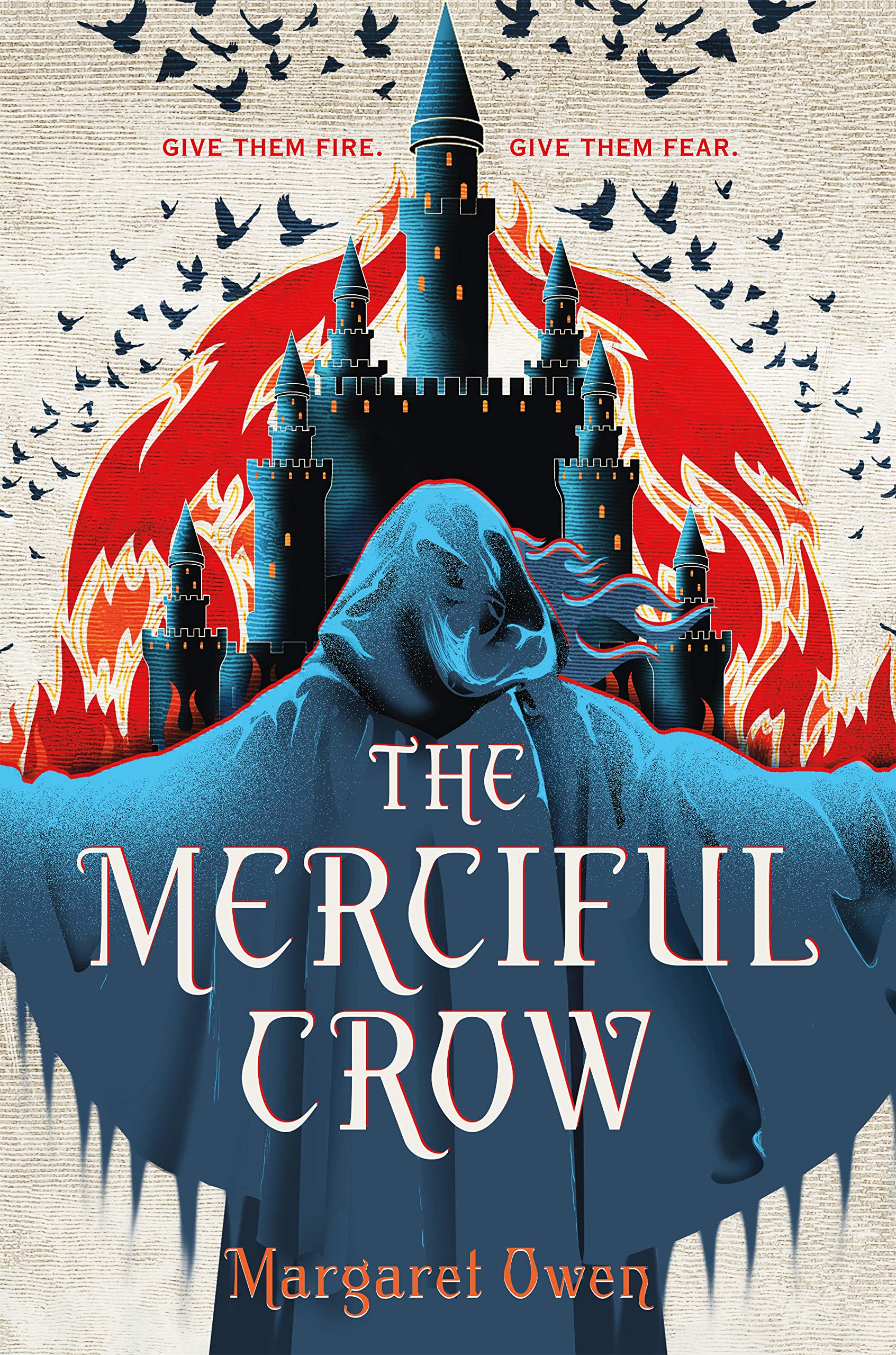 Fie abides by one rule: look after your own. Her Crow caste of undertakers and mercy-killers takes more abuse than coin, but when they’re called to collect royal dead, she’s hoping they’ll find the payout of a lifetime.

When Crown Prince Jasimir turns out to have faked his death, Fie’s ready to cut her losses—and perhaps his throat. But he offers a wager that she can’t refuse: protect him from a ruthless queen, and he’ll protect the Crows when he reigns.

Hawk warrior Tavin has always put Jas’s life before his, magically assuming the prince’s appearance and shadowing his every step. But what happens when Tavin begins to want something to call his own?

I was very nervous to start this book since I’ve been having a hard time with a lot of fantasy lately.  But I’m so glad I finally read this!

The magic system is not one that I have ever read before.  The fact that you are either born with magic or not is interesting and the fact that each caste has its own magic and place within society added an extra element.  I loved that Margaret explored classism within this fantasy and brought up some interesting points.  I found it extra interesting that society despised the lowest class (Crows), yet so heavily relied on them – not only for removal of the dead bodies who died from the plague, but also expecting release from a slow agonizing death.

The magic system is rather interesting.  We don’t get to explore too much of how it works in most castes – mostly we get each caste’s magic but not how it works.  We get to see just how Crow witches use magic – through teeth – and how they experience it – by seeing the lives of the teeth’s owner.  I hope we get to explore more types of magic in the next book.

Fie was a strong character that had a strong sense of family loyalty and obligation.  It was interesting to see how she interacted with her different tribe (family) members and each role they played. I loved experiencing magic with her and seeing the lives lived by those she drew on.  Her relationships with each member is also dynamic and I found it interesting how each had their own roles to play.

Prince Jasimir is, well, entitled – which I guess is to be expected from royalty.  He seems selfish, but also willing to save his people and family.  I loved seeing his growth.  It was also interesting to see how a non-witch caste member interacts with the magic world.  Tavin, by far, was my favourite character besides Fie.  He is the bad boy, sarcastic opposite of Fie and oh the tension!  I loved seeing his character growth as well and how he feels about his role to play in this world.

Margaret’s writing style sucked me in from the start.  She wrote a magic system that made sense and a classism that made sense.  Although this was a new world to me, nothing felt so outlandish so I never felt confused unless the main characters were meant to feel that way as well.

Overall, I really enjoyed this first in the duology and highly anticipate The Faithless Hawk coming out in July.

This is one of the group reads in TBR and Beyond Facebook Group and we are happy to have Margaret Owens joining us live on June 24th at 8PM EST. The chats will start on June 26th. I hope you come join us! The live author chat will be spoiler free so you don’t have to read it before joining – but I highly recommend you read it!

3 thoughts on “Review: The Merciful Crow by Margaret Owen”