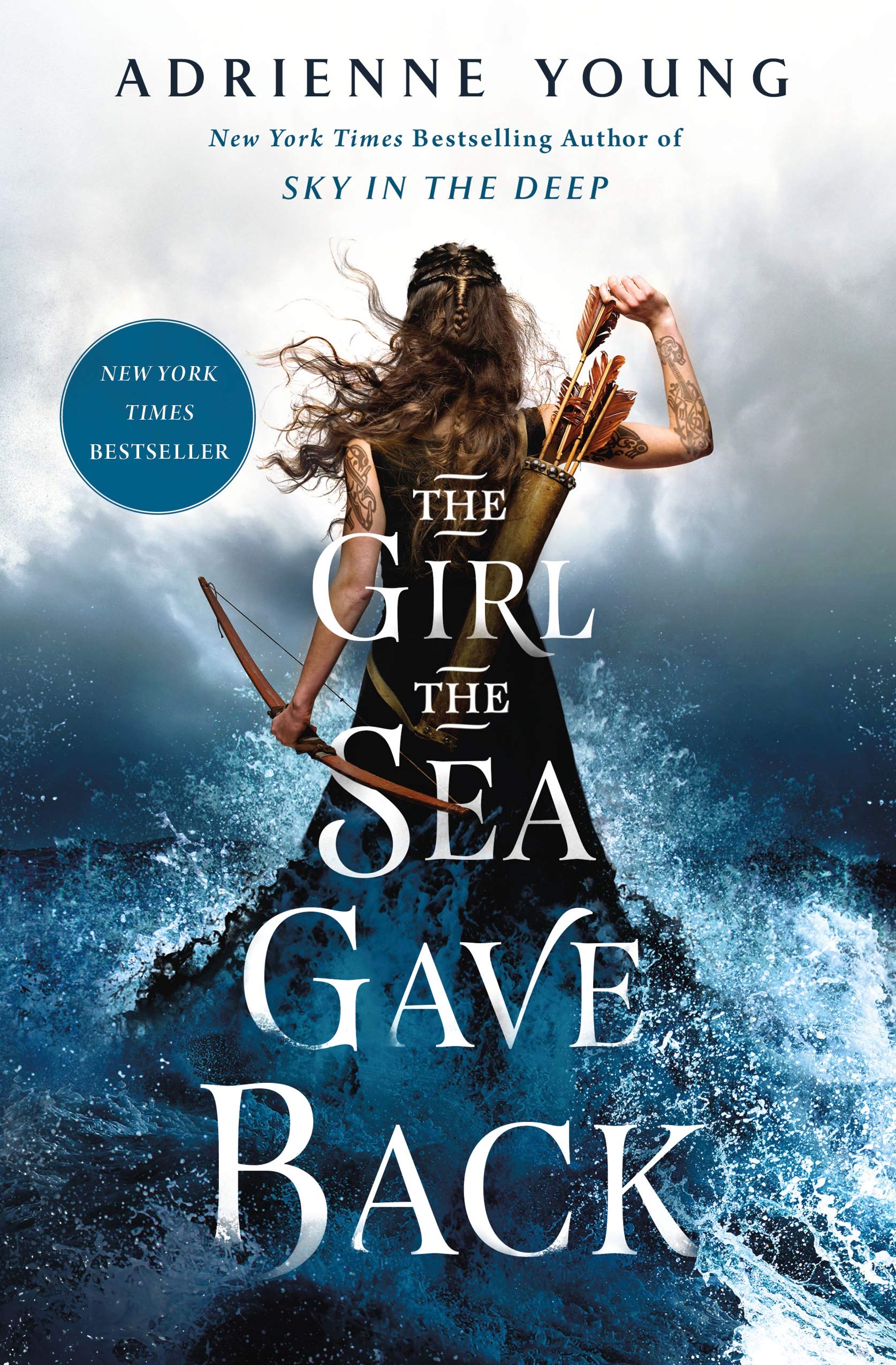 For as long as she can remember, Tova has lived among the Svell, the people who found her washed ashore as a child and use her for her gift as a Truthtongue. Her own home and clan are long-faded memories, but the sacred symbols and staves inked over every inch of her skin mark her as one who can cast the rune stones and see into the future. She has found a fragile place among those who fear her, but when two clans to the east bury their age-old blood feud and join together as one, her world is dangerously close to collapse.

For the first time in generations, the leaders of the Svell are divided. Should they maintain peace or go to war with the allied clans to protect their newfound power? And when their chieftain looks to Tova to cast the stones, she sets into motion a series of events that will not only change the landscape of the mainland forever but will give her something she believed she could never have again—a home.

I’m still not even 100% sure of my feelings on this one.  It feels very middle of the road and that is very disappointing because I loved Sky in the Deep so much.

I read Sky in the Deep about 2 years ago now, but I still remembered what had happened fairly well.  That being said, this felt like I had missed a lot.  There were flashback in various places, which caused me to be confused on which was happening now and which was the past.  Thankfully, there were chapters that indicated time change and how much, but there were times where I didn’t read the headings and just got confused until I quickly looked back.

This followed Hallvard and Tova, again two different sides of a war.  Hallvard was a child during the Sky in the Deep and we don’t get to spend a lot of time with any of the previous characters other than him.  Tova, is a Truthtongue, or an oracle, that doesn’t remember her childhood but was raised by the Svell.  It alternatives between these two so we get to see both sides.  However, I never felt connected to the story or the stacks unless the characters were in the same place.  When they were separated I felt separated from them and the story.  I could not tell you why.

If you asked me to describe the personalities of Hallvard and Tova – they would come up pretty basic.  Hallvard is being trained as the leader and always wanted to be a part of the war.  Tova is trusting but caution of people in her found tribe.  I never felt like we truly had an depth or growth in these characters.

I don’t know, I left this for a few days after reading it because I didn’t have any strong feelings towards it after reading it – and honestly I still don’t feel any strong feelings.  I read it, that’s one less book on my TBR, but I had really hoped for more.  The more I think about it the more I wish it had remained a stand alone.  That being said, I will continue to read Adrienne Young’s work.