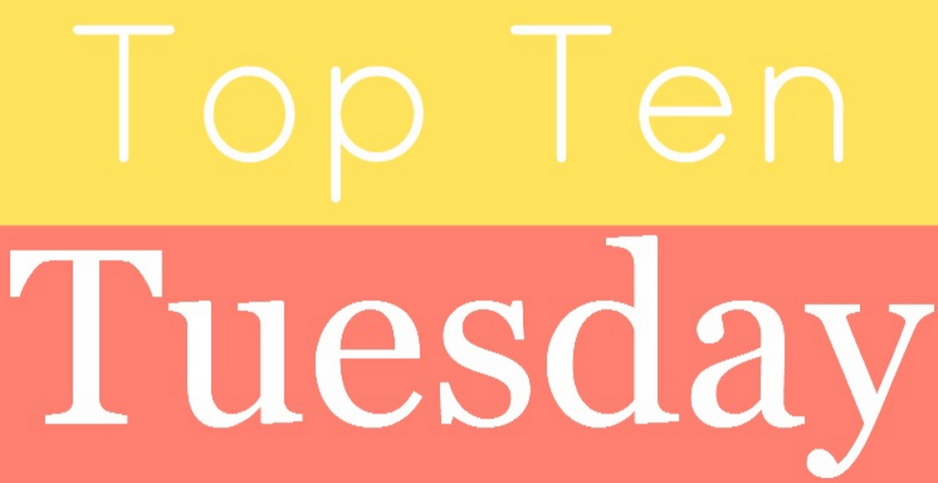 This week’s Top Ten Topic is “Backlist Books I Want to Read “.  I decided I wanted to make a backlist of series.  Keep in mind that I’m behind, like real behind!  I WILL be listing series that are beloved and I SHOULD have read years ago but haven’t.  Forgive me… These are in no particular order.

This series started in 2014 and I know a number of people that have read it.  I own the first three in the original trilogy.

The third book just came out for this trilogy (I think it’s a trilogy), so I’m not too far behind on this one.  The first in the series came out in 2016.

Happy News!  I’ve read the first one of this series!  The reason I stopped reading the reason (we’ll call it a hiatus) because it differs so much from the Netflix series that I was getting confused watching and reading them at the same time!  This series started in 2013.

So I’ll admit, this one wasn’t on my radar at all until the movie came out.  Movie trailer came out, found out it was a book, bought the boxset – story of my life lol.  I am desperate to get to this one since they’ve started the series up again!  It all started back in 2012.

I remember seeing this everywhere and I was really interested when it first came out.  Then, like so many others, fell off my radar.  I found the entire series in the thrift store recently and I’m hoping to pick it up when I want to binge a series (assuming I like it).  Another series that started in 2012.

This was originally a cover buy.  The cover is really shiny and I found it in a thrift store.  After reading the back of the book, I was hooked – of course, it took until now to find the other two books.  With them being smaller books, I’m thinking I could use them as a series binge in a read-a-thon or book challenge.  Another 2013 release.

Here’s where everyone starts to get angry at me.  No, I have not read the Illuminae Files Trilogy.  Yes, I am aware of how awesome it is.  I’m behind ok.  Also, the format intimidated me, so I never picked it up.  I plan to soon.  This started back in 2015.

This one only recently got suggested to me.  Plus it’s not finished yet, so am I really that behind?  I do want to read it in a Fall/Winter season though.  I had tried starting it in the Summer and I wasn’t in the mood – it had more of a darker feel (perfect for Fall/Winter).  This was released in 2016.

Yes, I am a horrible person!  I haven’t read a single thing written by Sarah J Maas.  As we have already learned, I am very much behind on my series – plus I had warned you before I started the list that you would be upset for me not reading the most beloved series.  This series, that is not yet finished, started in 2015.

This one actually kills me that I haven’t started!  I have read Six of Crows and Crooked Kingdom and absolutely adored them.  After reading Six of Crows I had every intention to read the Grisha Trilogy before reading Crooked Kingdom, but then the TBR and Beyond Facebook group did a group read and I had to join!  If I don’t get to this one next year, I will be horribly upset!

Trust me, these are not all the series that I haven’t read that could fit on this list easily.  I didn’t mention ToG or Harry Potter *ducks from rotten vegetables being thrown*.  I was 1) trying to have variety to my list and 2) feared the attacks of not reading some of them lol.  I have started a number of series this year, and I didn’t include them because either the next in the series hasn’t been released yet or I haven’t had it on my TBR as long.

What books or series do you have on your backlist?  Do you plan on having a reading goal specific to tackling this backlist? Or better yet, are there any on the list here that I should prioritize or forget?

QOTD: What duo authors do you love to read?
QOTD: How do you organize your shelves?
QOTD: Have you been watching any of the Olympic? Which event do you enjoy watching?
𝓑𝓸𝓸𝓴 𝓣𝓸𝓾𝓻
QOTD: Name a book that you know nothing about but own.
𝓑𝓸𝓸𝓴 𝓣𝓸𝓾𝓻
QOTD: The Tokyo Olympics started on Tuesday, with eh opening ceremony starting airing Friday. Do you plan on watching anything?
QOTD: Do you prefer to binge series or read them as they're released?